“I think your daughter was nearly trafficked,” the social worker said. “The police got to her in time.”

My stomach dropped to my toes in pure terror. 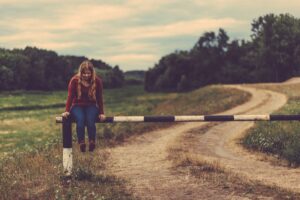 The child we had raised from a toddler and adopted had become an out-of-control teen. We committed her to a mental hospital, but she made false allegations against us and refused to come home.

I had been praying for years that she would feel loved, would tell the truth, and would choose to obey. The prayers were endless. Now she was manic. Basically, she was devoid of any shred of common sense. She’d been sneaking out of the house to have sex with someone more than twice her age and planned to marry him and live in a trailer.

She was diagnosed with Reactive Attachment Disorder. Since she had entered our family as a toddler and easily accepted us, we hadn’t been concerned about attachment disorders. But early neglect or abuse had impacted the development of her brain’s frontal lobe, resulting in a disinhibited disorder that had gone undiagnosed for years.

We wanted her to go to a lockdown residential treatment center until medication could stabilize her. I prayed for her to come home and our family to heal. I cried and raged over her brokenness and her betrayal of us. I beat my fists on our mattress and hacked cactus out of my garden in central Texas.

For months, we attended family counseling and listened to her accuse us of abuse. Hate seeped from her. When I visited her two hours away, she wanted food or things from me but didn’t seem to appreciate my presence. Heart-broken and depressed, I couldn’t digest food well and was losing weight. Nightmares stalked my dreams. There was a man out there, a pedophile, who knew where we lived, and I had a younger daughter.

I tried to help our troubled teen. I advocated for her, took her to church near her therapeutic foster homes, and eventually paid child support.

In every new living situation, she told people we abused her.

She did things she knew we wouldn’t have allowed her to do and then flaunted them. She continued to lie and act on her hyper-sexuality.

I was devastated, but eventually I came to understand something.

God has wonderful plans for us, just as we did for her. She was given birthday parties, vacations to Disney, gymnastics classes, private school, and rides to swim team and basketball practice.

Most of all, we offered her love. Sometimes, love has to say “no.”

Her brain was underdeveloped, broken. She couldn’t grasp everything we were trying to do for her. And sometimes, she chose to do what she knew was wrong. She couldn’t see the bigger picture.

Our Father gives us rules for our protection. Save sex for marriage. Love your neighbor. Tell the truth. Forgive.

He knows the whole, huge tapestry of what He’s creating with my life. But I’m disappointed when He “restricts” me or denies my requests.

When I don’t get what I want, doubts can creep in.  The Enemy whispers “He doesn’t love you,” or “He’s not all powerful.” But I only reason this way because my brain’s small and damaged by sin. I can’t even imagine the wonderful things He has in store for me. “What no eye has seen, what no ear has heard,
and what no human mind has conceived” — the things God has prepared for those who love him — (I Corinthians 2:9 NIV).

That’s a hope I can build my life on, even when my child doesn’t heal enough to come home. 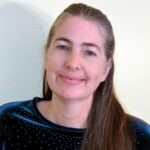 Rebecca Velez lives in Southern New Hampshire with her family and three dogs. She’s written the Such a Hope series (available on Amazon) set in the times of Esther, Ezra, and Nehemiah. Over the past five years, she’s been learning hard lessons about faith and prayer. Her current writing project Esperanza is a novel about healing from Post-Traumatic Stress Disorder. 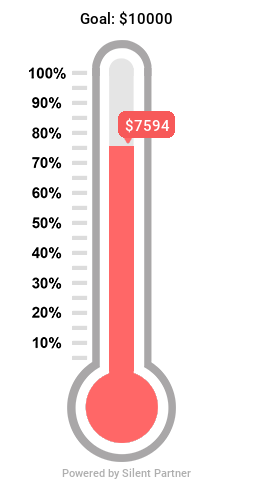