So many women were pressing near her that I heard her laugh, girlish and unrestrained, before I ever saw her. As the conference crowd thinned, I craned my neck, curious to see this woman many others obviously admired. For a giant among ministry wives, she was surprisingly petite — a woman as modest of stature as her name, Gail.

I approached her hesitantly, framing a question about the leadership seminar she had just led. Before I could speak, Gail’s eyes darted to my nametag and returned to my face.

“Maggie,” she said, warmly. “Tell me about yourself.”

As a young wife new to ministry and to life in New England, I was as green as the stalks of corn ripening back home in my family’s Illinois fields. I felt ill-prepared for life in the parsonage. I could not recall having met one minister’s wife who seemed content in her calling.

Until I met Gail MacDonald.

When my husband and I moved to New England in the late 1970s, we became acquainted with the MacDonalds. A highly respected author and speaker, Gordon pastored one of the largest evangelical churches in Massachusetts. His wife Gail lived out her commitment to faith and family in a transparent way that disarmed me, wary as I was of life in the fishbowl. Gordon and Gail took seriously their mutual commitment to encourage and equip others in ministry, especially the young.

Long before I came to know her personally, Gail MacDonald became my mentor.

The word mentor has its origins in Homer’s epic Odyssey. When Odysseus left home for the Trojan War, he appointed his wise counselor Mentor to look after his son Telemachus. The name of this legendary guardian lends itself to the identical English word mentor, which has come to mean anyone who advises or instructs another, particularly a younger, less experienced person.

When my husband accepted his first full-time pastoral position in 1979, I had so many questions. I was a freelance writer and a trained teacher — was I also supposed to be my husband’s associate? I loved drama — did I need to give it up to be a proper pastor’s wife?

Titus 2:3-5 instructs older women to teach younger ones. Where was the one who would “Titus” me?

In 1981 I attended a regional gathering for pastors’ wives. On the book table, a periwinkle softcover caught my eye with the title in a curling, white font: High Call, High Privilege: A Pastor’s Wife Speaks to Every Woman in a Place of Responsibility. The author’s name appeared in yellow: Gail MacDonald.

Intrigued, I took the book home and devoured it in one sitting. Here were the thoughts and biblical insights of a pastor’s wife who actually liked life in the ministry! What’s more, Gail MacDonald was a truly gifted, thoughtful writer. She read widely, particularly biographies, and filtered what she read through a distinctively Christian worldview.

In the years that followed, I read everything Gail published. Keep Climbing encouraged me to persevere when the ministry journey was rough. Heart Connections taught me about intimate relationships with God and others. Parenting: Questions Women Ask guided me when I was a stay-at-home mom with three young children.

But the book I returned to again and again was High Call, High Privilege. Dog-eared, yellow-highlighted, and tear-stained, the pages pressed courage into my soul. High Call reminded me that my calling as a woman in ministry was also a high privilege.

Over a decade passed, and I learned to love pastoral ministry. Gail’s strong example encouraged me to pursue my own gifting while serving side-by-side with my husband. I thrived as an adjunct instructor at a small New Hampshire university and built local relationships through community theater.

The 1990s arrived, bringing with them a fresh ministry challenge. My husband and I were now living on Cape Cod, where he was senior pastor at a small but growing Baptist church. I was happy to simply be at home, raising our children while starting a local ministry to women.

Then, to my astonishment, I was asked to join the staff of a large regional organization, the Evangelistic Association of New England, or E.A.N.E. (now known as Vision New England.) The position offered no guaranteed salary but enormous responsibility: I was to direct women’s ministries for all New England. I initially had no help, few funds, and less confidence.

But I had God. And Gail.

To connect women across our six-state region, I launched a monthly print newsletter, Woman to Woman. Of the more than 2,400 recipients, only one responded to each issue with a personal note of encouragement or insight: Gail MacDonald. She modeled for me the immense value of affirming younger leaders.

The two years I initially committed to serve with E.A.N.E. stretched to four, then eight, then 11. Gail followed my development as a leader with the avid interest of a spiritual parent. Perhaps she hadn’t specifically remembered the timid young woman who had first approached her at the leadership conference in ’81. Maybe Gail was just being Gail.

Whatever the reason for her interest, she acted on it. She didn’t volunteer to be my mentor. She became one by example.

Leaders whom God uses in extraordinary ways often model for others how to walk the road of suffering as well as success. Exceptional as she has been in countless ways, Gail has not been exempt from personal pain.

God has taught me through Gail that true humility is neither thinking too much nor too little of oneself. When my husband and I endured our own fiery trial in ministry, Gail sent a swift note encouraging us to “keep your own souls from stain” in the midst of the mess.

Above all, Gail’s life has demonstrated that nothing is more important than daily dependence on God’s leading — what she calls “coming to the fire.” In High Call she reminded her readers, “Untended fires soon die and become a pile of ashes.” And in a personal note, “Others are calmed by being near us because we haven’t resisted the coming to Him.”

My husband and I are now retired from full-time pastoral ministry, but like my mentor Gail MacDonald, I continue to serve the call of the Kingdom as a writer and speaker. It’s a high call, and a high privilege.

Maggie Wallem Rowe, M.A.B.S., is a national speaker, dramatist, and author from western North Carolina. She’s been married for over 45 years to her pastor-husband Mike and is a mother of three and grandmother to six, and her work includes decades in public relations, adult education, and ministry to women. She has served as an adjunct communications professor at Daniel Webster University (NH) and Wheaton College (IL). Maggie’s first book, This Life We Share, was a finalist for the 2021 ECPA Christian Book Award in the New Author category. Her second book, Life is Sweet, Y’all, has just released from Tyndale House Publishers. Maggie invites you to join her as she shares weekly “Views from the Ridge” (www.maggierowe.com). 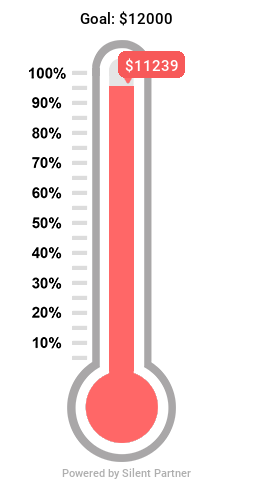 Do Not Be Discouraged